Knock wood, we’ve had a couple solid week’s worth now of no canine collapses.  Nice to know that you can always rely upon Propanthelene… We actually had a follow-up with the doggy heart doc, and we all watched the heart activity on the monitor, just like they do on ER (or used to do on “Emergency”, if’n y’all remember back that far…).  The tech is pretty amazing actually - just a laptop that looks like it was mated to some oddball Playskool plastic wheeled base - except this one has a touch screen which you can use to look at sections of the heart, zoom to specific beats and all sorts of other ways of parsing the info.  The good news is that Tashi’s heart pauses didn’t  occur while we were there - she still has some bits of tachycardia (little 32nd note riffs of 5 or 6 beats).  That used to be the thing that triggered the looooooong pauses (up to 5 or 6 seconds, which oughta make you collapse), but the heart kept firing the way it is supposed to.  One of us has to make sure we’re around to give her the midafternoon dose, but that’s a heck of a lot better than watching her try to walk up a wobbly wall that isn’t there… She still knows how to spend the evenings. 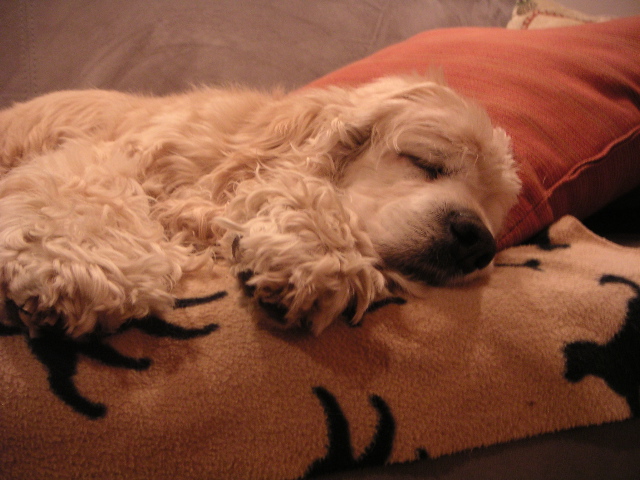 During the past week, the Current Classics Gallery hit 200, thanks to a beautiful Kogswell P/R submitted by Adam A.  I’ve been watching this bike come together over on Adam’s Flickr pages since he got the frame, and it’s probably one of the more thoughtful and useful builds I’ve seen.  (And check out his bag designs while you are there.) The P/R has been on my “short list” of bike objects of lust for a while, as I like the idea of 650B, and appreciate a bicycle that you can use for actual, you know, use…

In the other gallery sections, the Singlespeed Gallery crested 50 also, and the Working Bikes hit 40.  The only slackers are the Cross Bikes (although I got a submission for that in this evening’s email…).  It may be that a lot of the folks who have come to the site are using cross-type-bikes for more general purposes.  It may also be that folks who race their cross bikes are either training or resting, not messing around with taking photos of the bikes. I also spend more time being active on the iBob and RBW lists than with any cross-specific group, so it isn’t as if there are a lot of folks who have probably come across it yet.  As much as I’ve said it before, I really appreciate it when folks take the time to send in their pictures - it’s been stunning to see the variety of bicycles that people are using.

There’s a bunch of stuff I’d love to do, but have just barely been able to get photos tweaked and uploaded in a reasonably timely manner. I’ve kind of painted myself into a corner with the random images on the front and some internal pages.  Received a nice email from Forbes over at Cycles Valhalla, who (like me) has been seeing images on the front page that interested him. Of course, as the links are static, when you click on the little image of the cool Pink Jonny Cycles bike, you instead get jumped to the general Current Classics page, rather than directly to the bike. It would be nice if it would take you directly to that bike, but with the naming conventions I’ve used for the individual pages, it’s somewhat problematic to make that happen.  I’ll ponder that for a bit and see what solution can be found.

I’ve also been adding links to this blog page.  The software that (tellingly) came free from my ISP has some quirks - one of which is not actually providing an easy way to get back to the blog main page when you follow a comment thread or come in linked to a specific entry. Hence, the top link, which will always get you back to the front without having to manually hack bits off of the url. It also doesn’t  provide a list of recent entries, as most of the other venues seem to. And, while I’m grumping, it would be nice if the whole page could be spread out across the screen and dynamically align itself.  I guess if it really starts to get to me, I could uncork a version of Moveable Type or something similar.

The LBS were I took the bicycle has forwarded photos to Trek USA, and to his great credit, the Service Manager called me two days in a row to apprise me of the situation. Definitely above average and laudible actions in the difficult trenches of retail. Everything has been reasonably simple and positive, aside from the specific issue of those cracks starting in the frame in the first place. I also got a bunch of direct email responses from folks on the Framebuilders list (see http://www.bikelist.org/), in which some have posited overheating and improper finishing of the hole in the headtube to begin with.  Not a single person has said that it’s just in my head and I should’ve kept riding the frame.  To date the only person who said, “ride it, dude” was the wrench-with-a-sandwich who had quickly taken a look over another person’s shoulder. (I mean, I’m not trying to be more obsessive than I already am, but it’s a flippin’ head tube, y’know? That’s really the end of the bicycle you don’t want to fail.) So, I’m running the Quickbeam, waiting to see how this play out. watching the big boys with their gears get away quickly and enjoying the simplicity of it all.

I took the long way home from work last night, with a goodly portion of it on a reasonably twisty and unlit roadway. I ran it with my newer NiteRider which puts out about 15watts of light.  Although theoretically, I can conceive of a well-focused 3-6 watt beam working, it does not put my mind at ease when considering a dynamo hub system, particularly on roads that I’m not familiar with. During a straight section, I throttled it down to low beam (I think it’s 5w), and the 1/2 moon was almost as bright.

The recent cross racing has me eyeing the Quickbeam and wondering if there’s somewhere to drop a little weight. I do know that is a bit of a sickness, but in the last half of any cross race, even severing unnecessary digits seems reasonable if it means you don’t have to haul them up the runups.  The bottom bracket may be a UN52, and there’s probably UN73 with the 113 mm spindle sitting out in the parts pile. Then there are the big rubbery rim liners which could be swapped out for a lithe and light set of Velox.  Although I realize it won’t make a speck o’ difference, when you consider that this weekend’s CCCP will have an 80 yard “sand feature” (2005 photos here), any mental edge is welcome.

With the Poprad gone, I’ve been thinking about taking the Stump out for a spin. The fat tubes and springy bits were whimpering at me while I stripped down the Lemond.  It’s been a while, as 100% of the trail riding has been on narrow tires or single speed (or both) and it might be nice after the racin’ is done to go for an actual geared, coastable, soft-nosed ride. I bet it will feel weird.

Other Oddball (both weird and doesn’t fit anywhere else) Stuff -

Specialized hired this guy to do the Dance of the Sugarplum Fairies from The Nutcracker using only bike bits as instruments.  Go ahead.  I’ll wait.

The long awaited Rivendell Bicycle Works website is live. It doesn’t seem to account for some IE6 bugs, (as reported by others) so it’s time to switch yourself to Firefox if you haven’t yet. It’s better.

In steering someone to “Dixie The Tiny Dog”, I found that there was another version of the song on Peter Himmelman’s website.  This is a somewhat darker and noticeably longer version.