The Marin County Bicycle Coalition had sent out these two photos a few weeks ago, to remind us that actual work had begun on the 1100 foot long Cal Park Hill Tunnel between San Rafael and Larkspur.  The project broke ground back in September, after a final meeting green-lighted it in - what ?- February 2007.  (Project info)

The only truly aggravating aspect is that the fine folks in Larkspur pushed for limited access.  Currently, the plan is to have the tunnel open from 5 am until 11 pm for the first 6 months, and then re-evaluate that.  Of course, this means they need to create a lockable exterior, pay for someone to go open it and then close it (at both ends) each day. When the Larkspur City Council members asked in the meetings for safety statistics for tunnels which were closed versus thosse which were opened, they found that no major tunnels on either commute or recreational routes ever closed.  The Cal Park tunnel would be the first.  Which means that if you were to roll up to the Larkspur end at 11:05 or so, you would find yourself at a dead end, with little visibilty from anywhere. Seems to me to be a much more dangerous situation than anything which can occur with an open tunnel, on a commute route between two cities.

I guess it’s one small step at a time. I’m resisting (well, I guess I’m not) the comment that the folks in Larkspur don’t want certain elements of San Rafael to have easy night time access to their protected area of the county.  Anyway.  That’s not helpful.

The point I was going to make is that things are progressing. There’s actually a video from ABC-7 News which was taken about the same time (early February).  Some decent historical footage regarding the extensive inter-urban electric train system which networked Marin County once upon a time.  (And I just found that an MCBC member has been posting more images on this project to Flickr.)

This photo shows the removal of the old, wooden arches and crossmembers, in preparation for new steel arches and shotcreting. 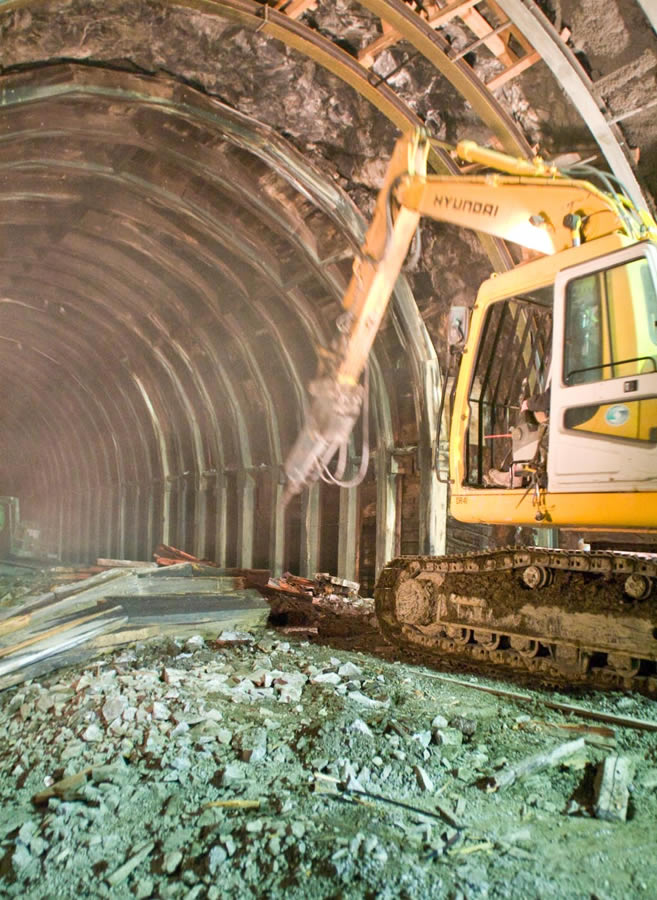 In the photo below, you can see how much progress has been made. 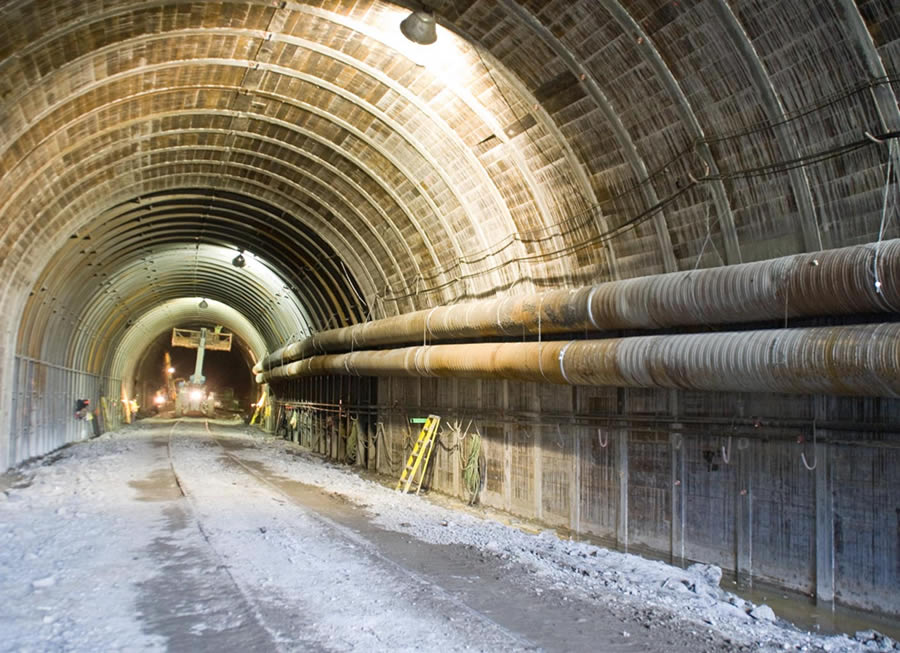 All of which is wonderful, but it’s still only the first of the many lost-but-not-forgotten tunnels in the county.  This Wednesday, in Mill Valley, there’s a meeting on the Alto Tunnel.  This runs underneath Camino Alto and could connect Mill Valley with Corte Madera. (And no, you don’t have to use the tunnel if they built it - you can still go over the hill if you want to…)  There is more significant opposition to the study and the potential reuse of this connector.  So, it would be good meeting to attend.

Wednesday, March 4th, 6:30 PMEdna Maguire School: 80 Lomita, Mill ValleyThe Marin County Bicycle Coalition encourages you to attend this very important public meeting hosted by the County of Marin, which will focus on existing conditions and the upcoming evaluation of potential bicycle/pedestrian routes between Mill Valley and Corte Madera. Included in this study will be an evaluation of opening the Alto Tunnel. The Alto Tunnel has long been considered an ideal route for connecting Mill Valley and Corte Madera, creating a safe, fast, and flat route for bicycle commuters, recreational riders, and pedestrians. This route would help get people out of their cars, reducing greenhouse gas emissions and supporting the local business districts of both Mill Valley and Corte Madera. Also being studied are the routes over Camino Alto and Horse Hill. The link between Mill Valley and Corte Madera is the biggest gap in the North-South Greenway (a pathway separated from cars) being built between Sausalito and Sonoma County. Please attend this meeting to indicate your support for the safest and best design alternatives. We’ve been waiting 8 years for this study to begin â now is the time to get involved!