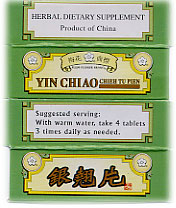 Hard for me to even tell, actually. Got this crappy little cold that decided to move south into my chest, so deeper breathing has been an adventure for the past couple days.  The good news is that it’s moving through in what seems a reasonably quick manner, horking down all manner of real and imagined cures (here’s a hint, do NOT lie down immediately upon using Zicam Extreme Decongestant unless you enjoy forehead puncturing headaches). The bad news is that I’m either asleep or wanting to be asleep. So, my inner timeclock, which normally has a remarkably tenuous grasp on linear time movement in general, has totally spazzed out due to odd sleep rhythms and has recently tried to convince me to get up and get busy at 3 am in the very cold morning, and has made me babble confusedly like a caffeinated drunk at a doughnut tasting party, even though it was 1 pm and the situation did not warrant it.

Of course, the crappy little cold also has me gazing at the cyclists I see on the roadways, thinking, “…man, I used to do that…” and makes me extremely jealous of the  miles I’m not getting in as preparation for the 200K Brevet which is now less than 30 days away.

I am such a whining whimp.

Luckily, there’s some bulwark of recollection which slowly intones (in some moderately thick eastern-European accent), “Below the neck, not work out.” As much as I may miss a ride or two (or three) now, bouncing back from an activity-worsened chest infection is not way up my list.  And better to be sick now than four weeks from now. Best to look at this as a not-so-subtle reminder to watch my sleep, in addition to increasing my efforts.

The holidays have been pretty good, all things considered. Tashi has had a pretty stable couple weeks, though she’s been a bit chilly as of late as our recent trim of her coincided with the temperature dropping again. In order to work through a few hidden matts in her legs, we clipped her hair back a bit, so now on the frosty mornings, she goes outside and glowers back at me.  She’s got a natty little sweater that makes her look a bit like a striped tube sausage.  It does warm her up though, and she’s reasonably easily convinced that it’s pretty good looking. Also managed to get out and do a decent road loop with JimG.  I was doing a bit of a proof-of-concept ride on the Quickbeam, and he was shaking down a tentative rig and gear selection on his Fuji Cross.  Photos here.  The two close nasty climbs (White’s Hill and the climb from Tocaloma Bridge to Bolinas Ridge) went OK, if a bit slowly. I want to try to do the out-of-Inverness climb  and maybe the Nicasio Valley loop as well, before committing to do the ride on that bicycle. It was the first time I’d been out fixed on the QB since it decided to take me cross racing this fall.  The feeling of comfort and power on that bicycle was reassuring.  Well see if that opinion remains.

I also need to solidify the hardware for the ride.  I’ve had one of the Nitto Mini Front racks, but it looks like it will rub on the front canti cable when mounted.  I stumbled through OSH earlier this week to look for spacers and such, and may do a little cold reset on the upright to prevent this.  (I will wait until I’m no longer using cold medication before deciding upon that action.) My plan is to use a PVC ring attached to the side of the rack for a lighting knob, and have a decent bag atop it for food and essentials.

Also got a set of QB-sized SKS fenders (and cool zip-neck wool top) over at RBWHQ&L.  While I was there, I got a chance to ride the A. Homer Hilsen. Wow. That bike sings. If I had the ready cash, that would be the bike I would want to use on the brevet.  It was light and snappy, with the same solid tracking ride that the Quickbeam provides.  Honestly, I was not quite sure why Rivendell brought that bicycle out, but riding it seemed to make it clear in my mind. Granted, my ride was limited to extended tours around the local parking lots and streets, but it did seem like they got it right.

Tried to get the updates done to the Galleries.  Lotsa single photos of some cool rides.  It’s just inspiring to see how many folks around the world have the passion for bicycles and cycling. Got a nice warm glow from what Andy did with the Bottecchia he built up.  That’s one of those actions that just helps to restore faith in folks.

And here I am whimpering about a cold.  Ah well.  This’ll pass and my head will hopefully clear soon..  All the best to everyone for the coming new year.  Be careful out there and have some fun too.